Metroid Prime is the Greatest Game of All-Time There's no better way to kick off a new gaming blog than to discuss my favorite game of all time: Metroid Prime. While not a popular choice for best game of all-time, the first-person adventure is certainly one of the most critically acclaimed titles in video game history. The original Gamecube title has an astonishing 97 metascore on metacritic.com, which would be tied for 2nd if metacritic included legacy platforms in their all-time rankings.

Metroid Prime released in 2002 from the relatively unknown Retro Studios. Many longtime Nintendo fans were just a tad enraged when they learned one of Nintendo's most beloved franchises had been given to an up-and-coming studio, not to mention the longtime 2d series would not only be going 3d, but also 1st person. Early screenshots and preview builds of the game did nothing to quell those fears. Sensing the game wasn't shaping up as they'd hoped, Nintendo and Retro started meeting more often. While we'll likely never know the exact details of what happened in those meetings, Nintendo cancelled Retro's other projects and everyone focused solely on Metroid. 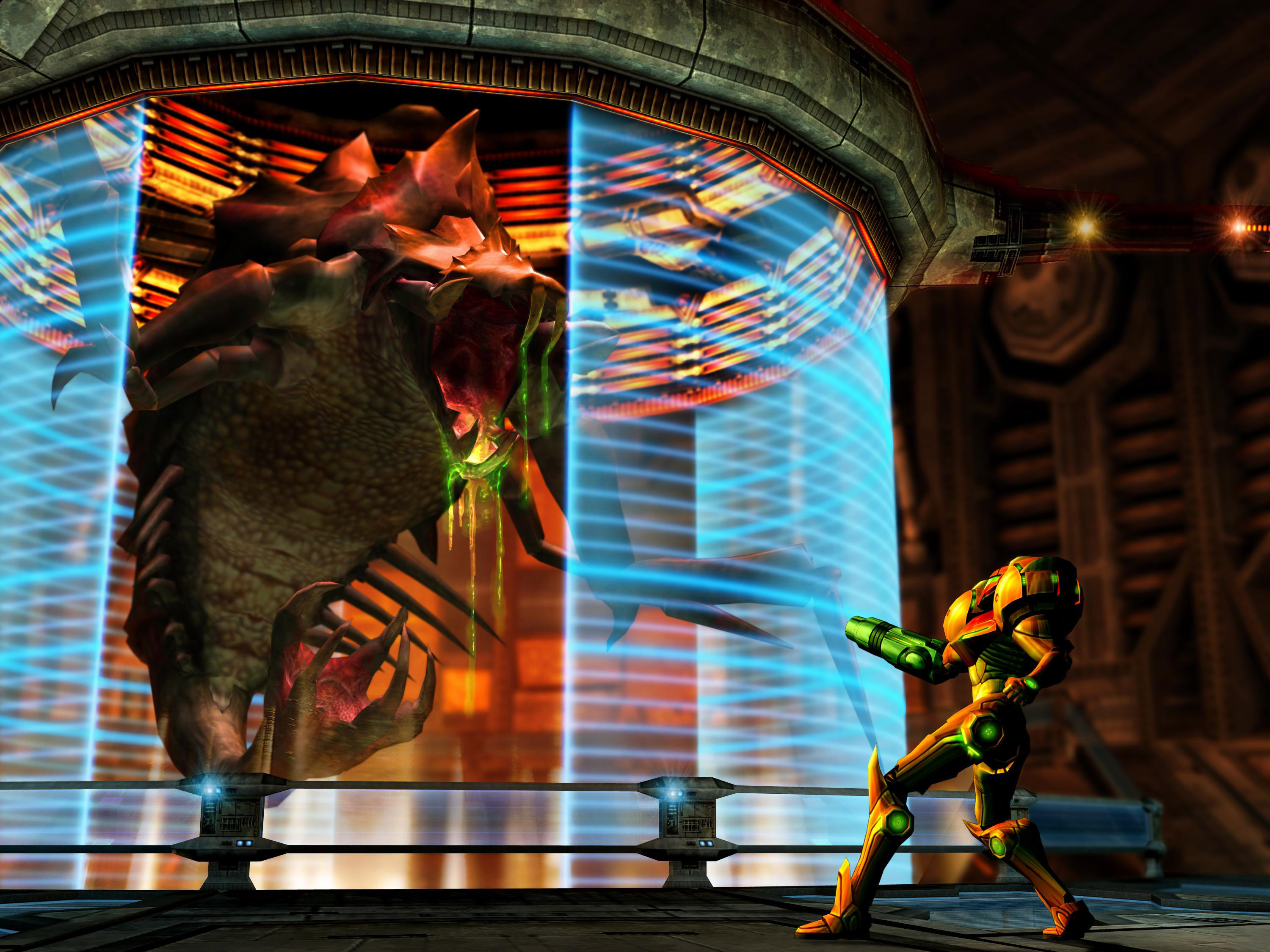 When the game released, critics were blown away. Not only did the game play well as a 1st person shooter/adventure, Retro took Metroid from 2d to 3d flawlessly. The series retained its sense of exploration, isolation, and epic boss battles. I remember picking up the latest copy of Electronic Gaming Monthly (EGM) and flipping through until I found the Prime review. I had hoped for a silver award, maybe even a gold, but what I found was almost unthinkable: three 10's and EGM's prestigious platinum award.

From the moment you pop the mini-DVD into little purple cube, you'll realize the game sets itself apart in a big way. You're treated instantly to a sleek menu accompanied by a wonderful score; Metroid Prime exudes polish from the very first menu and until the final credits roll. At the time of its release, Metroid Prime was the best looking game on a console. Period. Yes, that includes the more powerful Xbox system, which of course featured Halo: Combat Evolved. Prime wasn't just good; it excelled on so many levels. I could go on for pages about what makes Prime great, but I'll try and highlight three reasons why it's my personal favorite game of all-time.

1.) The Boss Battles: Every gamer loves a good boss battle and Prime is chock-full of them. The best boss fights are those when you face seemingly insurmountable odds. A creature far more powerful than yourself, yet you have the ability to outsmart it by exploiting a particular weakness. I will never forget the sense of awe when battling Meta Ridley, Thardus, and even the Parasite Queen in the game's opening sequence. The music, the sequence of events leading up to it, and the fights themselves are just astounding.

2.) The Sense of Isolation: This is one area where many modern games fail. The original Dead Space did an excellent job of making you feel completely alone and isolated; however, other games like Resident Evil have slowly turned into more action-oriented games. While Prime has plenty of action, you play as a bounty hunter who is very much alone. This is made completely evident from the moment you investigate the Space Pirate frigate Orpheon. The other locations Samus visits throughout Tallon IV continue to illustrate the isolation and how alone you are. Even so, you're never bored or left wondering where to go next. From the ice-capped Phendrana Drifts to the underground Magmoor Caverns, you'll always want to push forward and explore even more of the beautiful planet.

3.) The Little Things: Part of what makes Prime so great are the tiny details. The way Samus can see her reflection in the visor when a large light flashes or the way it fogs up when she enters a room with disconnected pipes. My personal favorite is the heat that rises from her arm cannon after you fire off a few bursts in quick succession. Prime is loaded with these unique touches. And speaking of loading, it's almost non-existant, which is unheard of for a disc based title. Prime hides its loading in very subtle ways through the use of locked doors and moving elevators. In fact, you'll never see a single loading screen for the 10-15 hours you spend behind the visor.

If you've never played Metroid Prime, do yourself a favor and find a Gamecube (or a Wii) to play it. The first game can be had for fairly cheap on eBay and Amazon. Even better if you can find a copy of the collection with all three Prime titles; although finding a copy for a decent price may prove difficult. What's more surprising is the following sequels, Metroid Prime 2 Echoes and Metroid Prime 3 Corruption, are equally as good. Every Metroid fan has a preference, but the original Prime will always have a special place for me because it did something incredibly unique that had never been done before. Although it released more than a decade ago, Metroid Prime remains my favorite game of all-time.

I never played Prime. Not really sure why. Always thought it looked pretty sweet, at least for the time.

I am glad that you mentioned Dead Space, though. That game is one of my absolute favorites, for the reason you've named, and others.

Good luck with the blog. Look forward to seeing where you go with it.

Thanks Logan! Always appreciate the comments. I still check-in on your blog from time to time...even if I don't always comment. Hope things are going well.