Actually have a bit of news for you guys with this update and it comes via AltEgo. Today, AltEgo announced a new League of Legends (LoL) application for the Android Operating System (OS). The free application, Champion Select, allows users to share in-game accomplishments via popular social networking sites such as Facebook and Twitter.

"It's nice to be able to brag about winning a game of LoL to your friends on Facebook and Twitter, especially when you're such a new player," said JP of Electronic Arts.

Champion Select also allows players to create customized posters featuring a user’s team and stats, providing LoL players with a more enriched experience. Further development is expected, which will offer users even more personalization of their posters. The application brings LoL to social media by  giving players not only the ability to brag, but to also show their friends what they've been doing in-game. Users also have the ability to quickly view different skins for all of the champions.

"We play LoL a lot, and are always posting our victories. We thought that this would be a much more fun way to do it. These posters allow you to get across messages that go further than just a screenshot," said Seth Gerson, CEO of AltEgo. 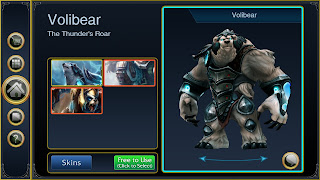 The application allows players to actually view a champion’s skin, which gives an idea of how it will appear in-game. Although its currently in beta, this app is already showing quite an opportunity for growth.

Champion Select is currently available only on Android. It can be downloaded for free from Google Play and requires Android OS 2.2 or higher.